Today morning, Smogon announced that Pokemon Showdown changed their ranking system from ACRE to Elo. According to the announcement, ACRE had been always been problematic and there were some bugs with Glicko2 that occasionally gave inaccurate results. The new rating system, Elo, is most commonly used for chess while also being used on Pokemon Online. Elo will supposedly remain in use until the Senior Staff completes the new ladder framework that they are currently developing.

About the Elo Rating System
The Elo rating system is quite simple in that you can calculate how many points you will gain or lose from any particular battle. All you need to know is your rating, your opponent's rating and the kfactor.

Code:
If you win, to calculate how many points you would gain:

If you lose, to calculate how many points you would lose:

The kfactor usually is 32 but can be different, especially for the first few games you play.

The varying kfactor plays a role similar to that of the provisional system in ACRE in that it it takes into account that a person has only done a few battles so their current rating doesn't reflect their "true rating" too well. Once more battles are done, the kfactor becomes relatively constant, making it so that the only things really being taken into account are two players' rankings.

One huge difference between ACRE and Elo is what happens as you play more battles and increase your rating. With ACRE, you gained or lost only a handful of points, usually around 5, from any battle. With Elo, you still gain points from a win against someone lower than you but you also risk losing many more points from that battle. So, the higher up you are, the higher the risk to your rating is. This really serves as discouragement to players to continue battling after they reach a higher rating.

Pokemon Online and Pokemon Showdown
For the most part, scores on PO and PS essentially match-up with the only difference being that PS isn't implementing decay. Rating decay on PO lowers a person's rating every so-many hours. Decay doesn't, however, affect your actual rating, it only lowers what is shown on the leaderboard. If you log in and have a few battles, the decay is erased and the leaderboard reflects your actual ranking. Decay was implemented to help counteract people who would sit on the top of the leaderboard and not do any battles, most probably because they didn't want to risk their rating.

What does this mean for Pokemon Showdown?
In all honesty, nothing really changes. Your rating will be much lower, but so will everyone else's, so there is nothing to fear then. As a comparison, a rating of about 2000 on ACRE translates to about 1300 on Elo and gaps of about 200 points means that the higher player wins about 75% more often. So, this really isn't that huge of a deal. All you have to do is adjust your mindset to take into account the fact that your ratings will now be smaller numbers but your ranking should still be the same. Until the new system that was mentioned is complete, we probably just have to sit tight with this new rating system and have fun. 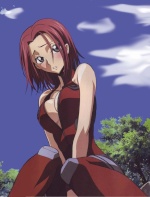