So on Saturday, my mom and I went out to a Christmas expo to look around and see what they had going on this year. When we got to the back of the expo there were a bunch of dogs there with New Hope Rescue, which is a group who goes around rescuing dogs that are going to be put down at high kill shelters without an opportunity to be adopted into a new home due to over crowding in the shelters. So that's how I got my little girl. :) She's a total cuddle bug and I just thought it would be cute to post her progress. When I first got her her name was Dina. Not my favorite but because she wasn't in the shelters more than a month and lived as a stray in Texas before that, she never got used to the name and so her name is now officially Sophie.

She has already come so far with her training in just a few days. She wasn't housebroken when I first got her (despite what they claimed) and now she hasn't had any incidents in a couple of days. :) She has also learned to shake and she is very quickly figuring out sit too.

Sophie also started out terrified of long stair cases and how with minimal coaxing she can go down them on her own without someone having to pull her or use treats. We are still working on car rides. She does just fine when she has her bed in the trunk but when she doesn't she can't seem to sit still and she wants to be in peoples laps. We still have no luck getting her to get in the car on her own though.

Anyway, I thought it would be cute to post little updates about where she is at in her training and how she is doing in her new home. She's a super spoiled little puppy now. :) I'll post some more pictures if any of you are interested. 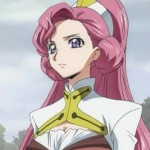 i swear you found yourself a puppy thats going to be YOUR dog. its hard to explain but i feel like you're going to fondly remember this dog as the one that was a real part of you. its one of those weird, inexplicable feelings, but i see it when you talk about her.

oh and yeah she is a gorgeous puppy lol

I just couldn't leave her in the cage. She looked so bored and sad. Now she's just my very spoiled little girl. ;)))

She's so cute. We use got some new neighbors any the daughter just fell in love with her too 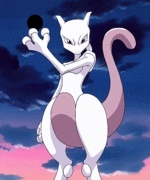 aww look at the baby monkey

I think my brother is getting him for Christmas. Lol sorry Daydreamer. :)

Don't let JackRussleDog see that monkey either. It might freak him out. :3