Well, sooner or later it is about to come. A rate my team post. Playing bit of poke bank ou, I been testing out cores and not what from using a scolipede and gyarados core, to a failure of trying to put Delibird, but whatever the following team below will be the 1st team to be judged.


Playing with the Mega evolutions, I managed to see that Venomoth has been a nice supporter for special megas.

And though i had not use it in gen 5, Venomoth is a good pokemon when used right. My core of Mega Gengar, Venomoth and Rotom-W was created because of Venomoth. Venomoth has been a good passer in a lot of matches. Sleep Powder just says "screw you and your plan, I using quiver dance like a boss" and pass it to a team member who can abuse it. Bug Buzz so it won't be total taunt bait and can at least do some damage.

Looking for a good receiver, I used Mega Gengar, but that got banned. Then it was Genescet, but already i know that smart users of fire types can get a easy ko. Looking for a good pokemon for Venomoth I had managed to found a pokemon that resists Venomoth's weaknesses and has good stats. This was Hydreigon. Suire it is 4x weak to the new Fairy Type, but Hydreigon holds of Venomoth's counters except for Talonflame, and that Hydreigon is a great Special Attacker. Sure there is Latios, but Hydreigon has a wider movepool in which I can use more effectively. With a boost or 2, Hydreigon becomes a "fake" Latios with better coverage.

Hydreigon (M) @ Expert Belt
Ability: Levitate
EVs: 252 SAtk / 252 Spd / 4 HP
Timid Nature
- Dark Pulse
- Dragon Pulse
- Flamethrower
- Focus Blast
Latios gets walled by Steel types. Hydreigon does not. Depending on how many boosts, Fairys would not matter. The only major risk is the Focus Blast which I might switch for the Flash Cannon, but Focus Blast has better coverage though. Hydreigon becomes quite a threat with the quiver boost passes.

And for that, with Talonflames running around and trying to pass on the burns for Hydreigon to take nicer hits I use Rotom-Wash. Rotom Wash becomes very dangerous with the batton pass boosts. Rotom can also pivot momentum with Volt Switch. Paint Split for health is a m

Using the common set, Charizard's role is to at least take out the pokemon such as Blissey or any other Special Walls. Its attack moves have great coverage which is why I choosed Charizard. Also knowing that if Hydreigon is down, I have more problems with steal types which gives me better reason to use Charizard.

Charizard (M) @ Charizardite X
Ability: Blaze
EVs: 4 HP / 252 Atk / 252 Spd
Adamant Nature
- Dragon Dance
- Flare Blitz
- Earthquake
- Dragon Claw
Next is a good Physical wall and a spinner. Excadrill is good, but somehow I never had found to make a good set like others do. There is Starmie too, but I didn't want another special attacker. Also there is Forretress, but I don't really wanted it due to me having a huge Talonflame weakness. So the pokemon i had found and is Avalugg. The reason why I had used Avalugg is because of its physical stats. With it, I had managed to get a ev spread in which I am fine with. Avalugg can take down Talonflame pretty well with Sturdy and Avalanche which is something Forretress can do as well with volt turn/explosion, but Avalugg hits a lot harder.

Deoxys-Defense @ Leftovers
Ability: Pressure
EVs: 252 HP / 4 Def / 252 SDef
Calm Nature
- Toxic
- Stealth Rock
- Spikes
- Seismic Toss
The goal of it is to set out the hazards and cripple a poke, but I might replace Toxic/Stealth Rock/ Spikes with recover to give it some health.


And there you go. The team. I hope to get this team better before heading into the main lobby.....

Looks good to me; you seem to have the main gen 6 threats covered. Klefki could give you issues with it's priority T-wave but yeah, no weaknesses really stick out to me.

Lol right? And the swagger / t-wave set is probably the worst thing ever since para-flinch togekiss

i used the keys before, but not with swagger, also in that match, the person had mega kang......

soooo it destoryed my team xD 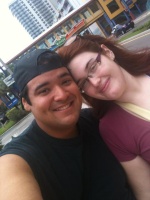 Hitmontop for your spinner. Foresight and rapid spin = win.