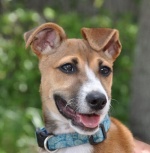 too many bad glow filters instead of an effort to outline the characters. also the characters blend in badly to the choice of glow color because they themselves are bright yellow. you need some contrast to make character insertion work. you need to make sure the audience can tell where the characters are, what they are doing, and/or if you are portraying them artfully or realistically, which the latter was your's, and requires respectfully portraying the characters in the way they were originally used. this means use colors that don't dilute the original designs and cause them to weirdly blend into whatever filter you choose to toss on top of them.